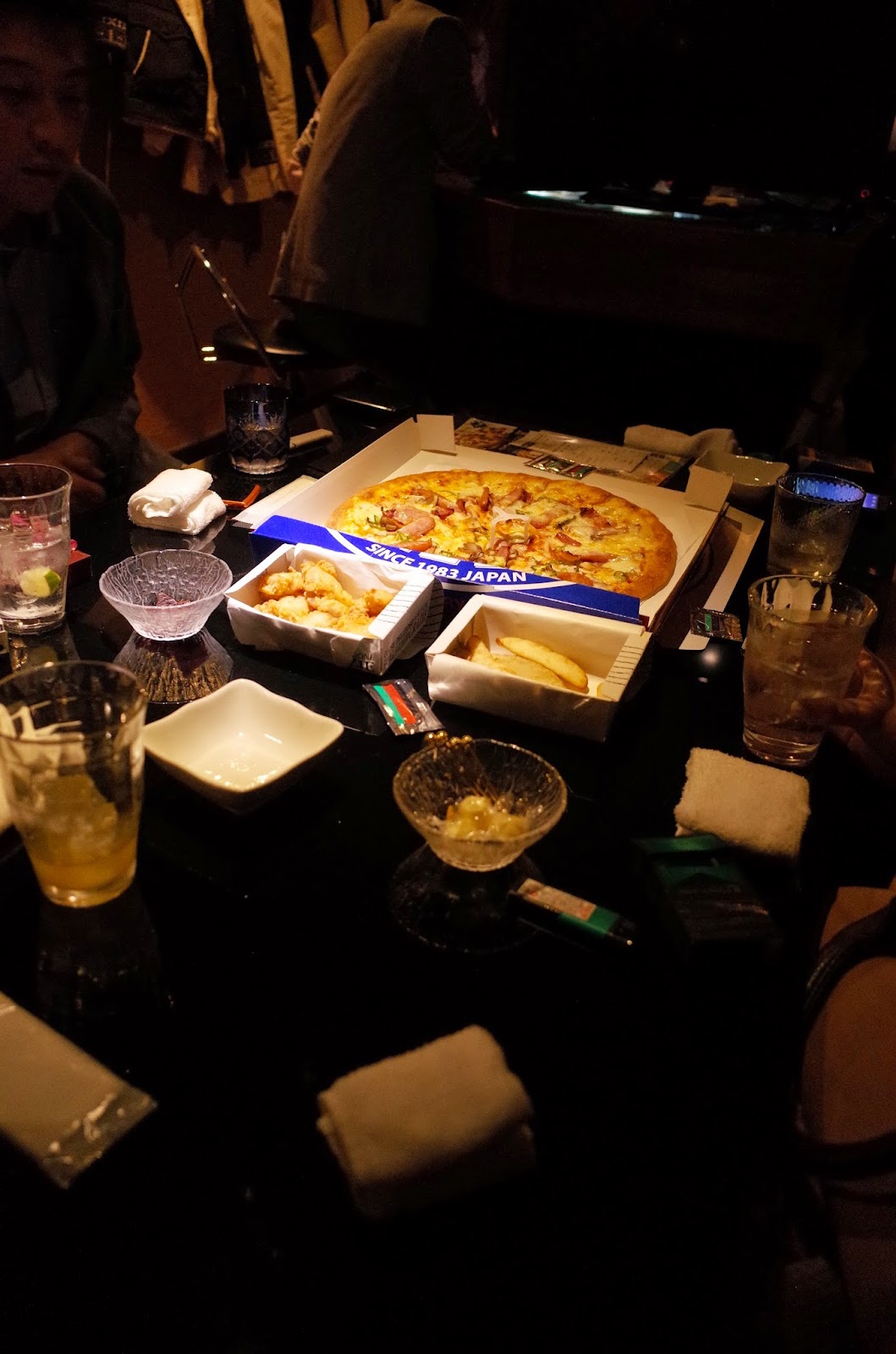 Last week I did some magic at the 5 year anniversary party of a bar where a friend works. Since it was a five year anniversary, people kept giving me champagne. I got 8 or 9 glasses from various strangers throughout the night.

The party kept going for two days, so I was asked to come show some magic the second day too. I figured I should have a sturdy dinner first, in case people kept filling me with alcohol again. So I cooked some nice food at home and ate a bit too much. There was less champagne the second day, but people gave me whiskey, beer, and Japanese booze of various kinds.

On my way home, I stopped by our magic bar to dump some magic props I had used. Then I ran into a guy who had been at the five year anniversary the first night. He had ordered several very large pizzas, some fried chicken, spring rolls, and more. He and his friends gave me lots of food because they were in a good mood. So I guess on the "trying to lose weight" front, I did not have much success. But the pizzas were really good!
Posted by Jonas at 1:06 PM