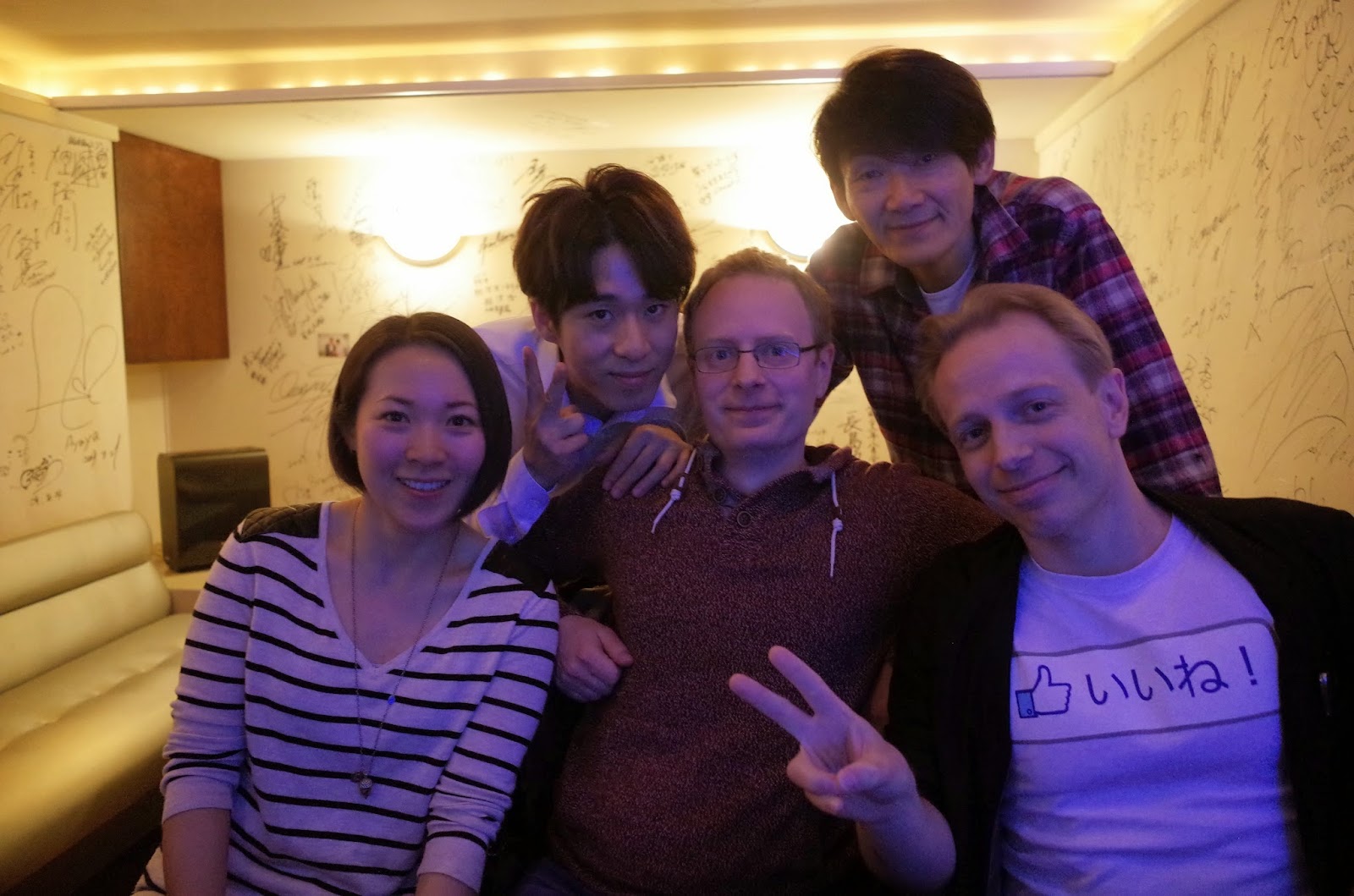 Our last stop in Tokyo was the magic bar Half Moon. We had a great time there, of course. While we were sitting there talking and drinking before the show, two Japanese girls sitting next to us asked where we were from. One of them then said that she has a friend in Tokyo who is also from Sweden. I jokingly asked "What is his name? Maybe I know him." and she said his name is Kaj. I actually know one Swedish guy in Tokyo, and his name is Kaj! The guy I know works at the Swedish embassy, and this girl thought her friend also does something like that. But after some further questions back and forth, we came to the conclusion that it was probably two different Kajs.

The Korean magician who has recently joined Half Moon remembered me from one week before. That time I had a shirt that says "I am not Japanese" in Japanese. When I wear it, people think it is a joke (and I usually tell them that "No, it's not a joke. I really am not Japanese."), but for him it might be useful, since many people mistake him for Japanese, which sometimes can lead to problems. He said he had not had time to visit the t-shirt shop in Tokyo where I had bought my shirt.

He also said he liked my shirt of the day, which has the Facebook "Like" button in Japanese on it. I said I also had the same design on my underwear, with a slight change to the next to make it funnier in Japanese, after having had such underwear recommended to my by a Japanese friend who thinks the Facebook t-shirt is funny. He said that "as far as everyone else knows, you could just be making that up; unless we get to see those underwear we might not believe this story". I  said "fine" and started unbuttoning my belt, but he stopped me and said: "I regret saying that...", haha.

Right before the show started, a group of four other foreigners also came into the bar. Tokyo is full of foreigners, compared to Sapporo. Tokyo has very few foreigners by Swedish standards, though. One of these foreigners spoke both Japanese and English very well, and he translated furiously for the others during the whole show.
Posted by Jonas at 11:44 AM