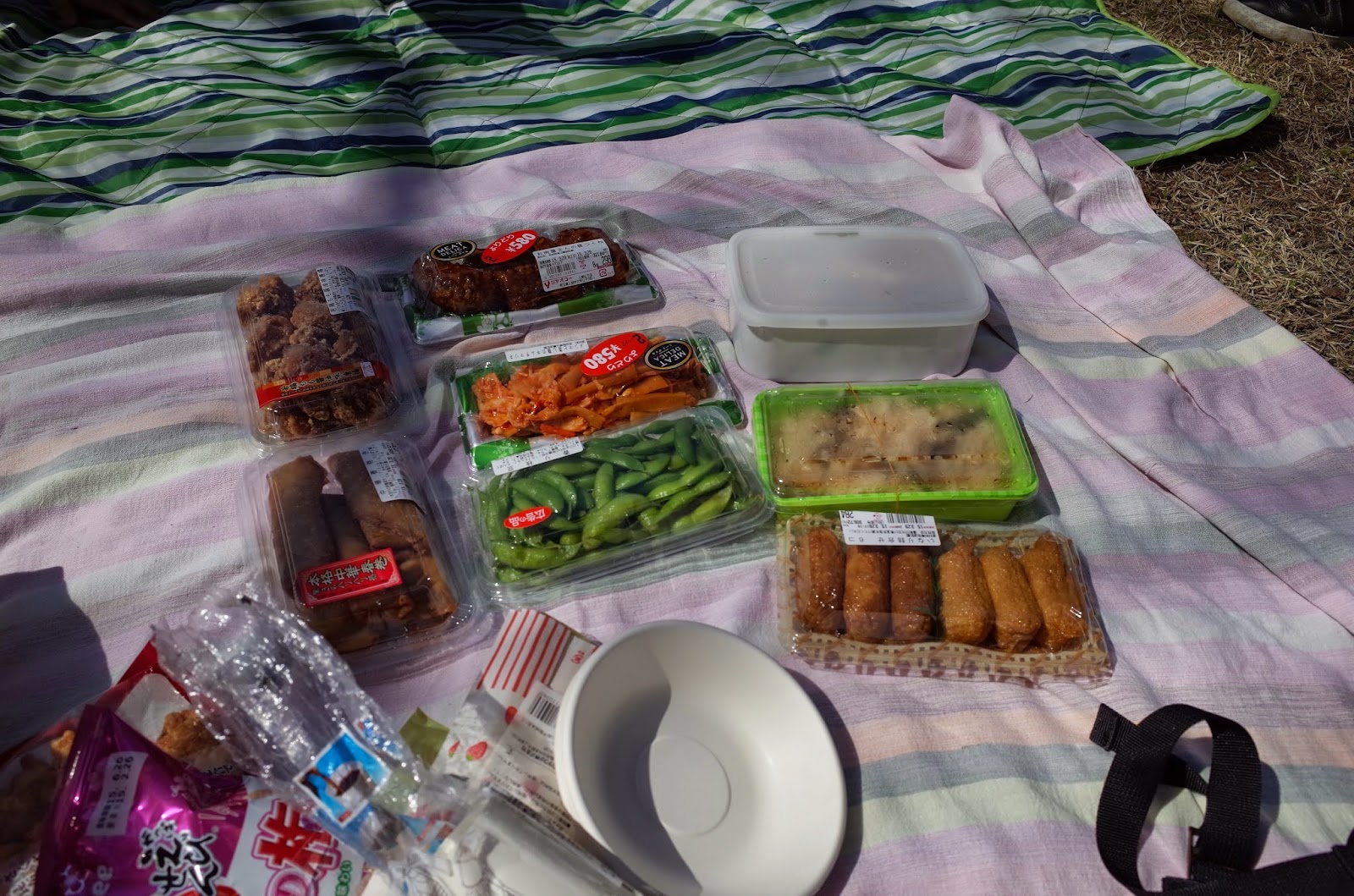 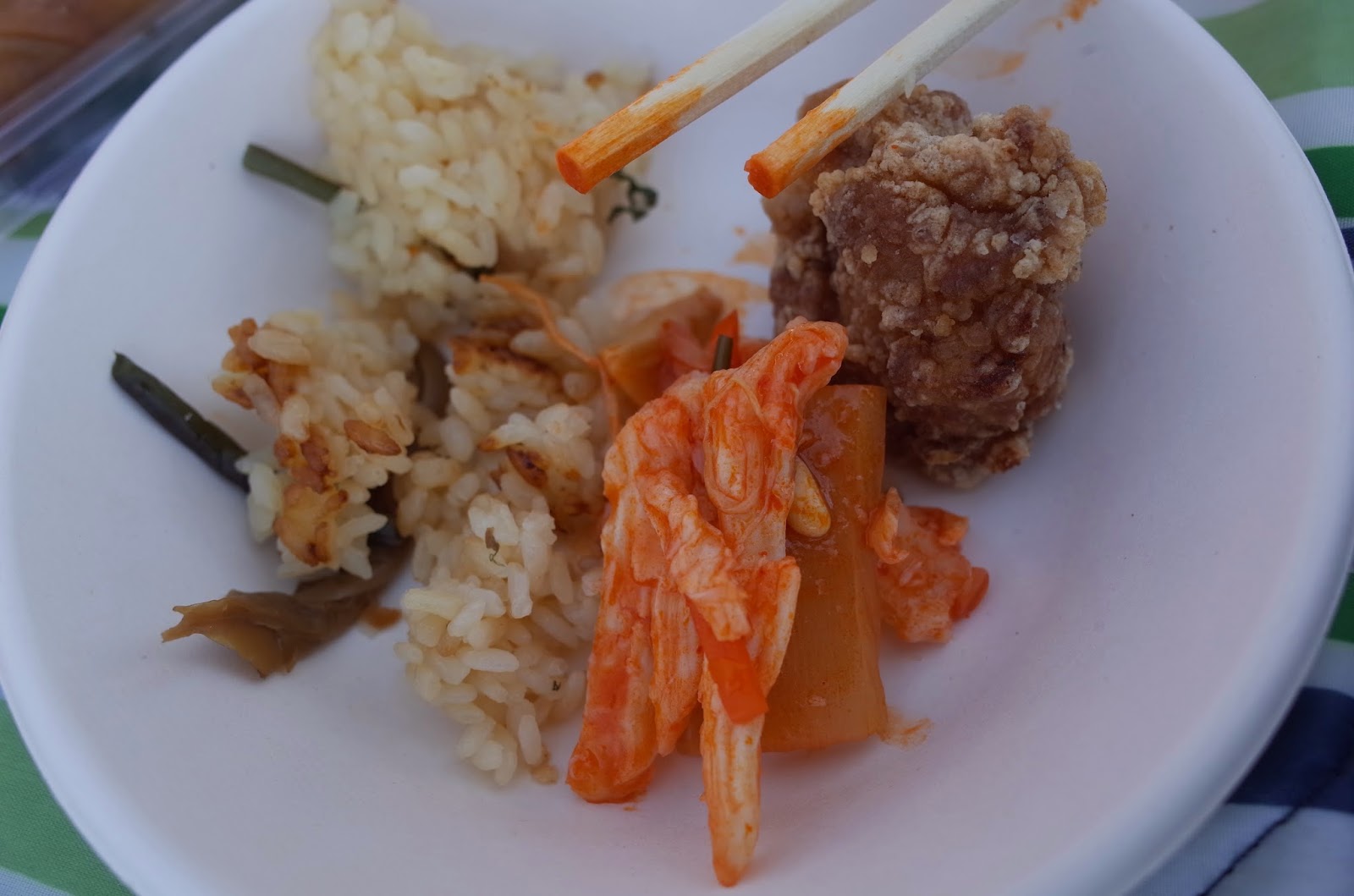 On my last day in Saitama, everyone else was doing hanami. I had to catch a train at two in the afternoon to be in time for my plane back to Sapporo, so I could not participate very much. I did get to see a little of how they do hanami in mainland Japan. 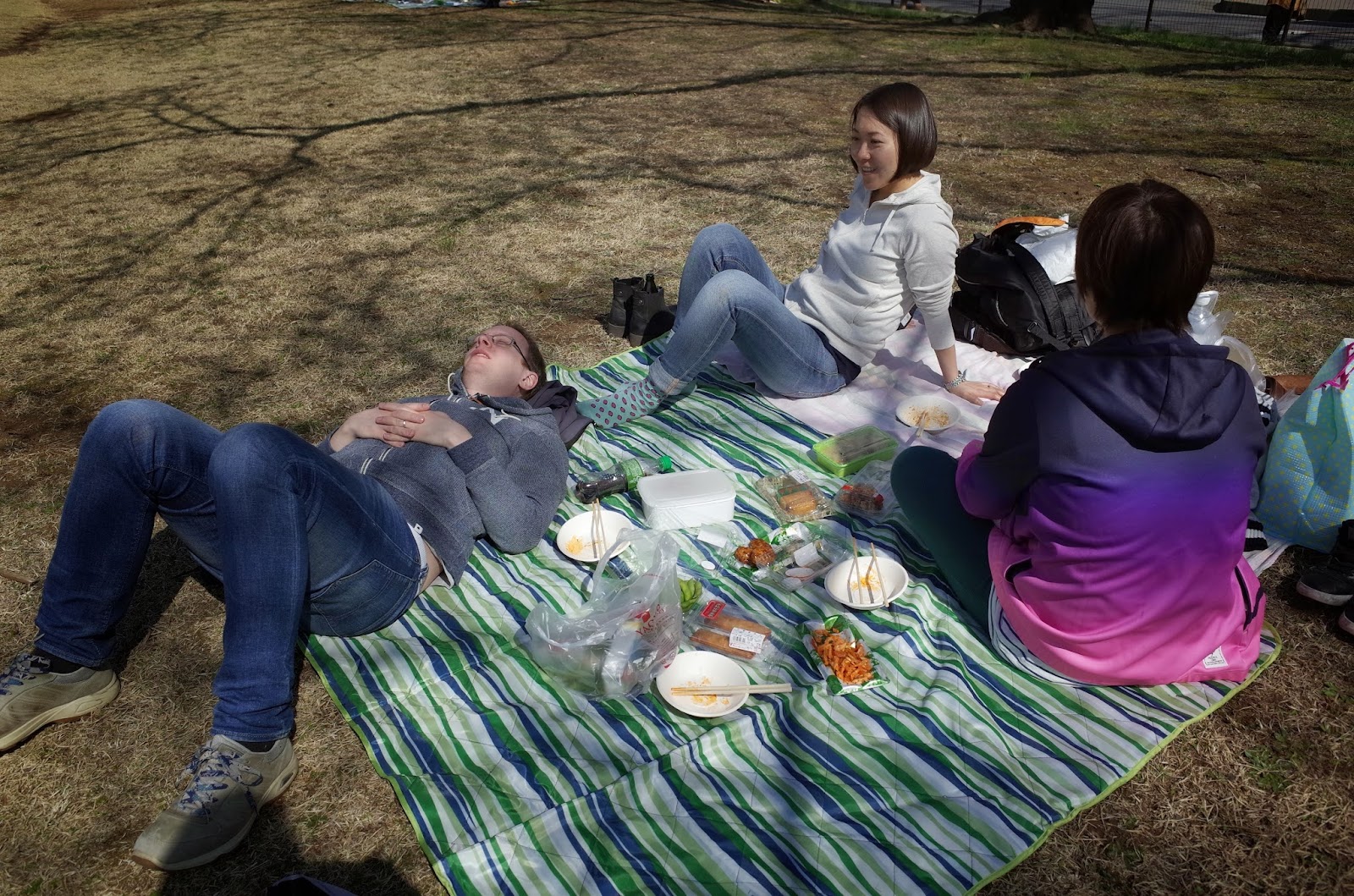 As previously mentioned, in Sapporo hanami means barbecue. In Honshu it means buying cold food or bringing food from home and having a picnic. This is nice too, of course. We stopped by a supermarket and bought lots of food and alcohol, and then took a train to a park with lots of cherry trees.  I ate some of the food, which was good, and then got on a train to the airport before most of the participants had even arrived. I did see some of them in the train station, though.