One man hanami in Maruyama Koen 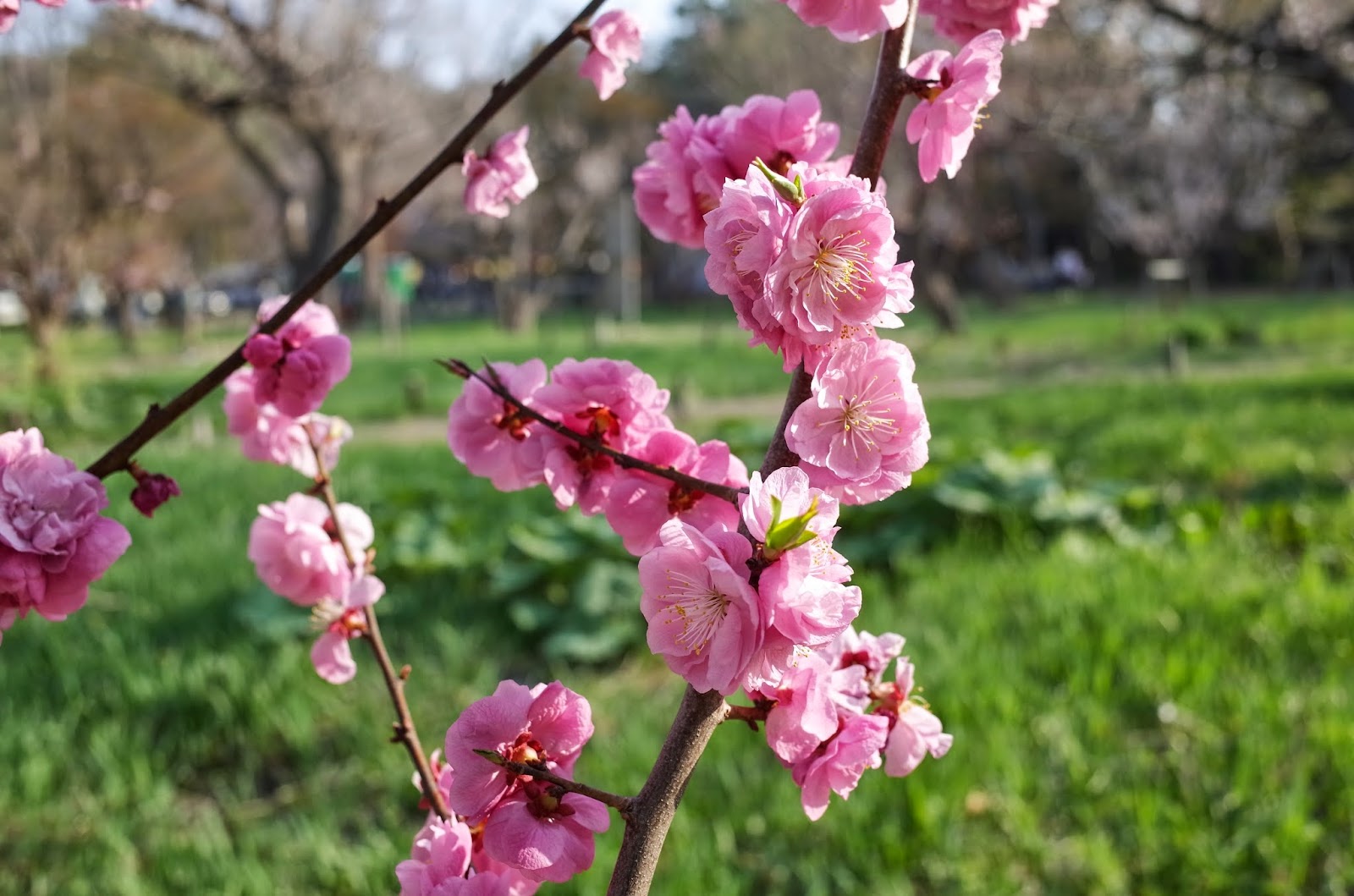 I took my bicycle to Maruyama Koen, a park where people do hanami (cherry blossom viewing) like crazy in Sapporo. The park was full of people having barbecues. This is, I am told, a local Hokkaido custom. In the rest of the country people just sit under the flowers and drink alcohol (and eat food they brought with them already cooked). In Sapporo you always have a barbecue under the cherry trees. In fact, in Hokkaido people also take "Do you want to go to the beach?" to mean "Do you want to have a barbecue, at the beach?". Which, again, I am told is weird to people from the rest of Japan too. 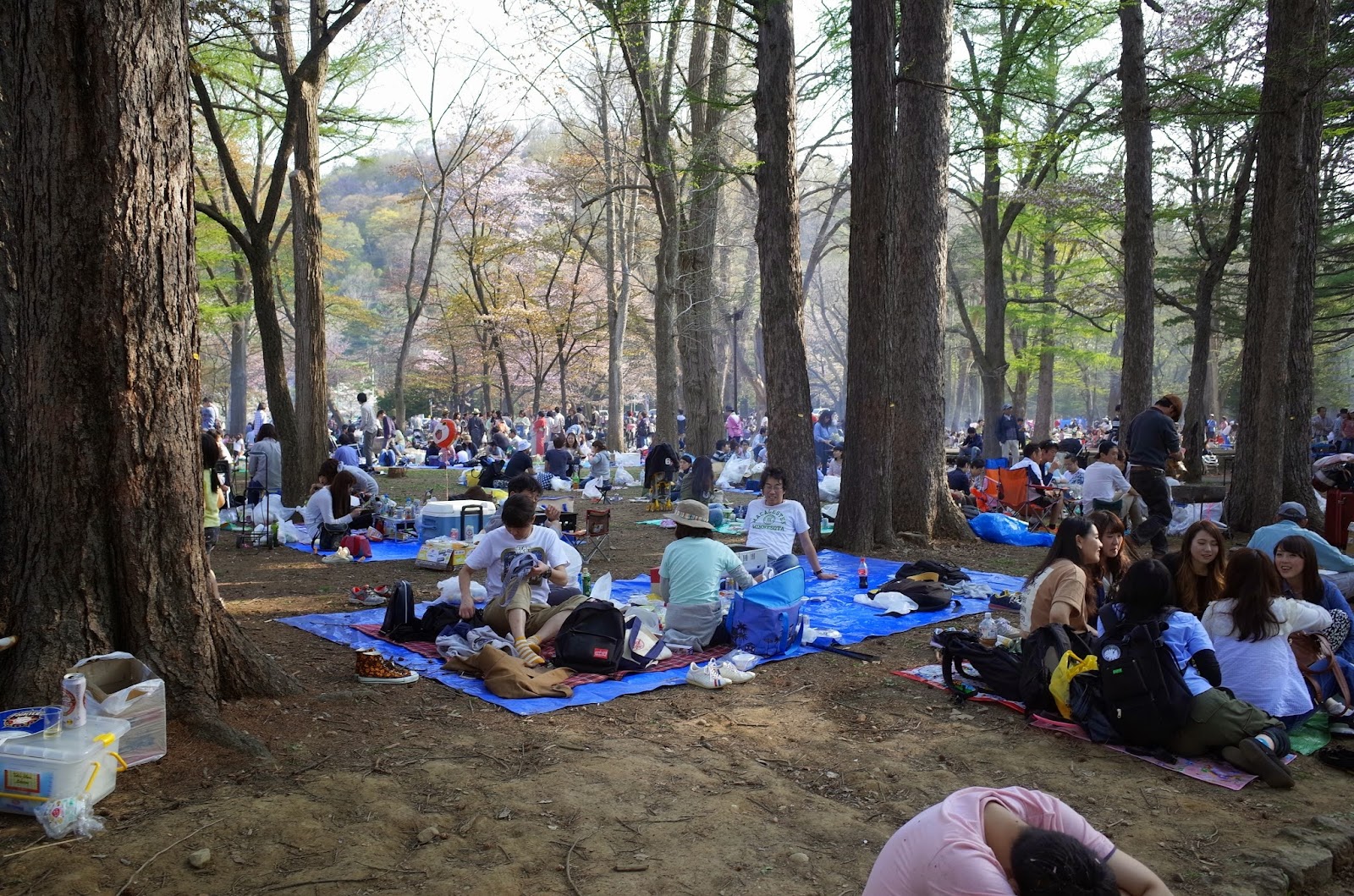 Most of the cherry blossoms were long gone when I got to the park, but the ume (plum trees) were looking nice. Some sakura (cherry blossoms) were still left too. Mainly in places with little sunlight. 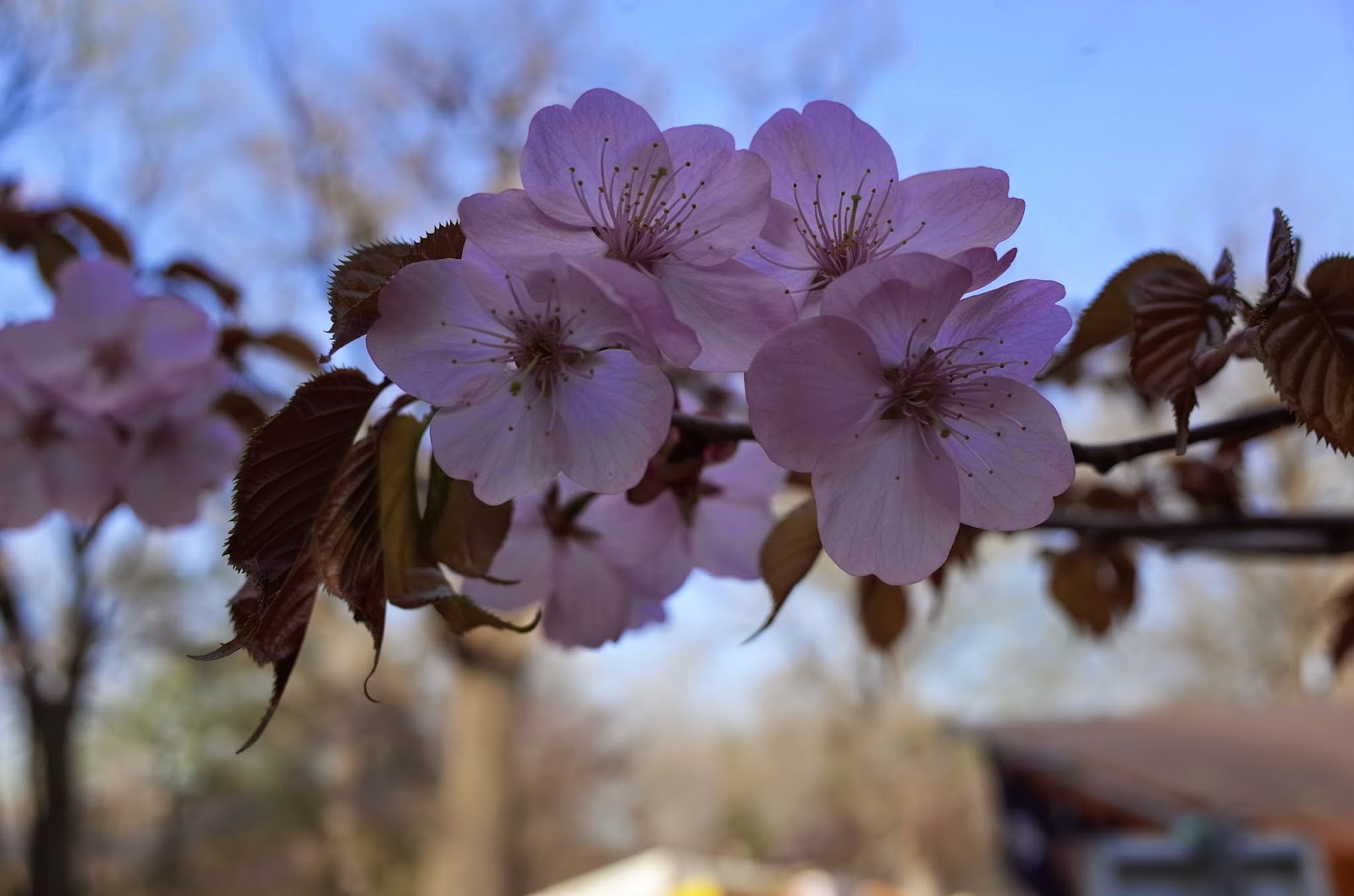 I met one of my university friends in the park. He was there with his girlfriend. He asked me if I was there alone, and when I said "Yes" he said "Oh..." with a pitying look... I need to get some friends that can move around during the days (my friends work, so you can pretty much only meet them if you to their place of work). 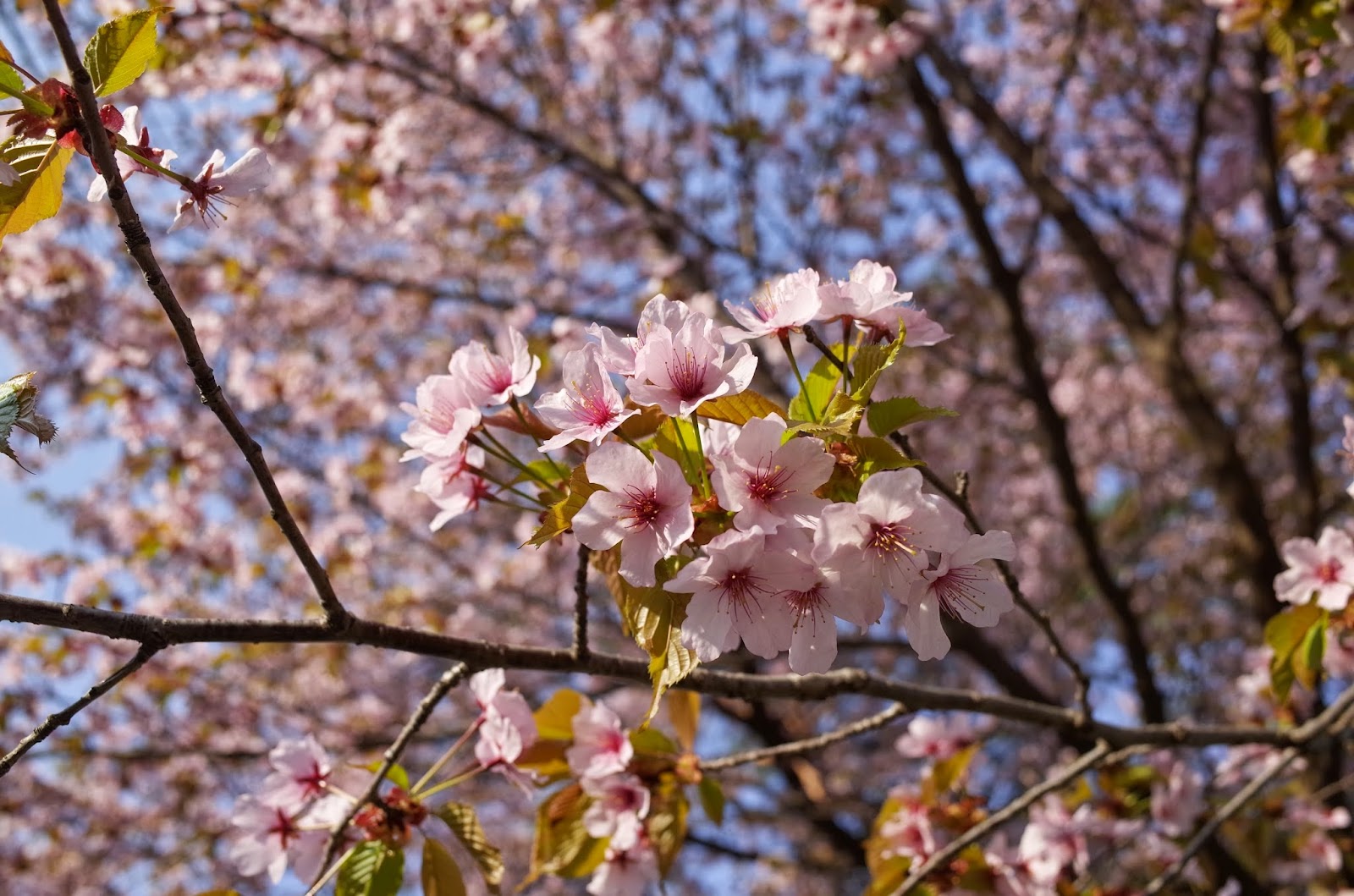 A woman came up to me and said: "You are the guy with the "tettereeee!" magic trick, right?" Apparently she has been in our magic bar. And people tend to remember a trick where I keep saying "tettereee" (which is really annoying to Japanese people). 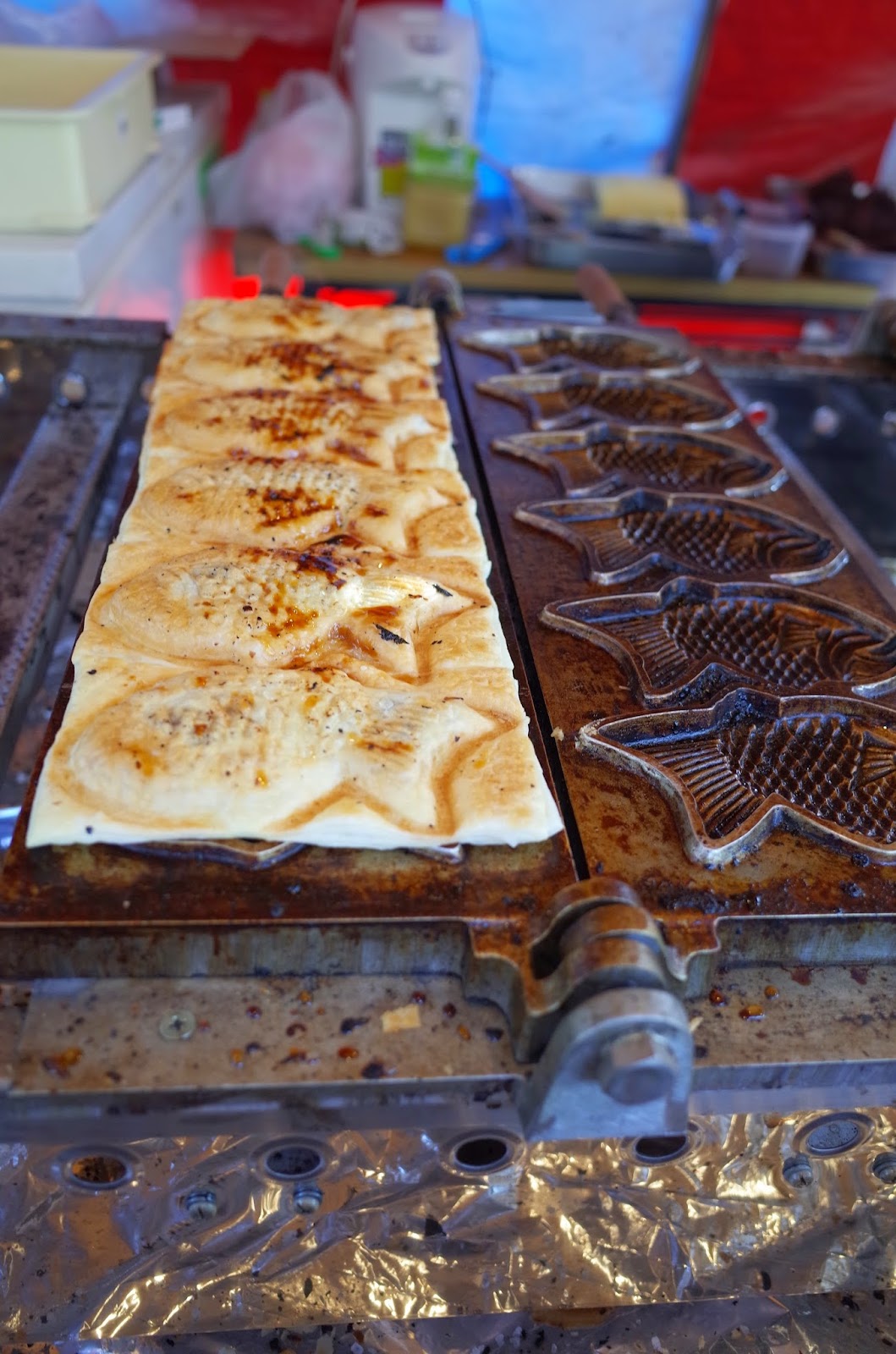 There were some festival style tents selling food on the temple grounds right next to the park, so I bought some "croissant tai-waffles". They were good. 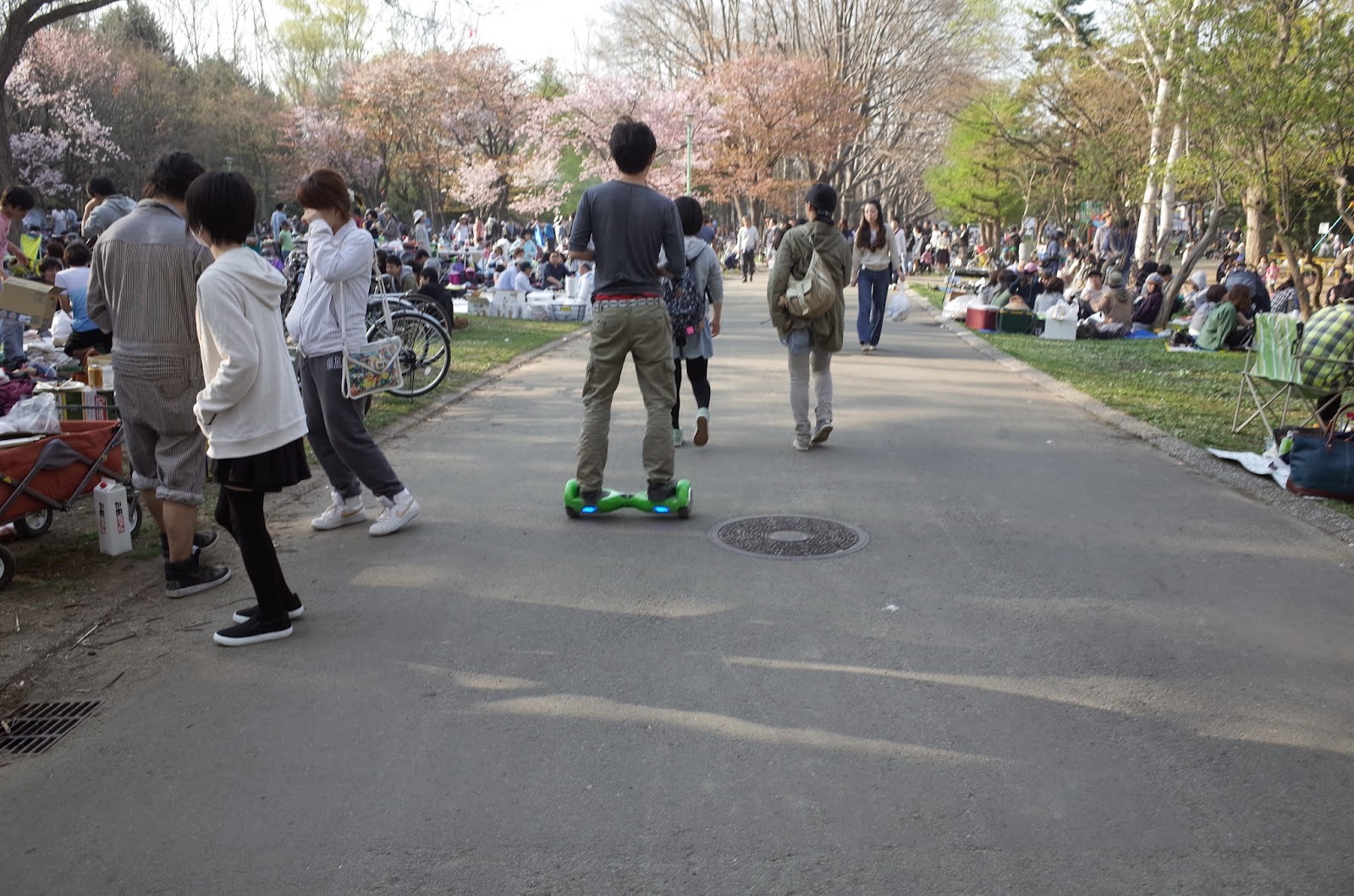 There was a guy speeding around on something that looked like a cross between a Segway and a skateboard.
Posted by Jonas at 8:18 PM