Arrested by officers in miniskirts 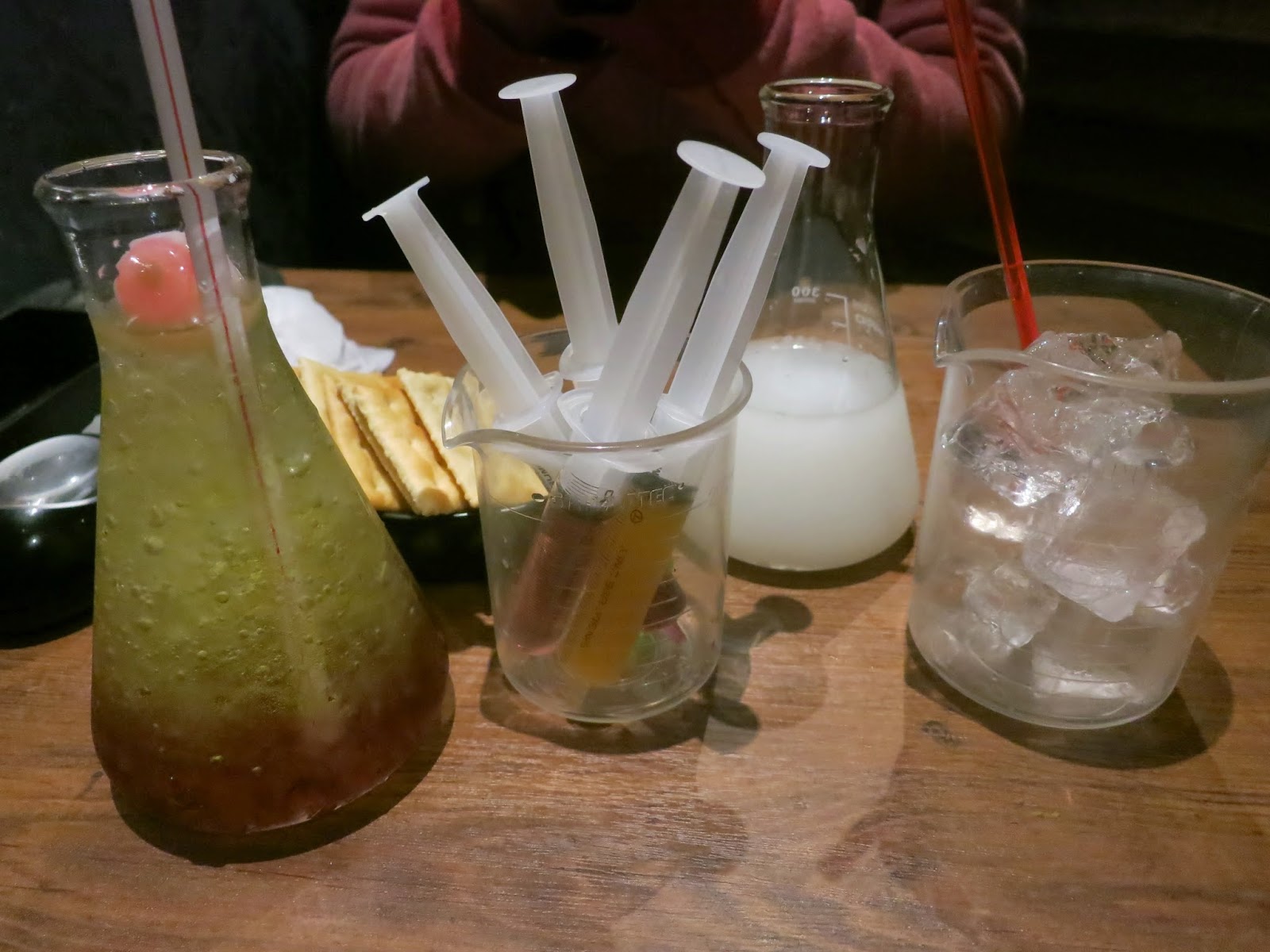 One of my friends took me to a restaurant called "The Lockdown". The theme is a strange prison. At first we were ushered into a completely dark room where there were sudden loud sounds, sudden strange lights, mirrors, and now and again sudden bursts of very strong spurts of air shooting out behind you to surprise you. After a few minutes in there, a door opened and we could go into a more well lit room. Still pretty dark, though. 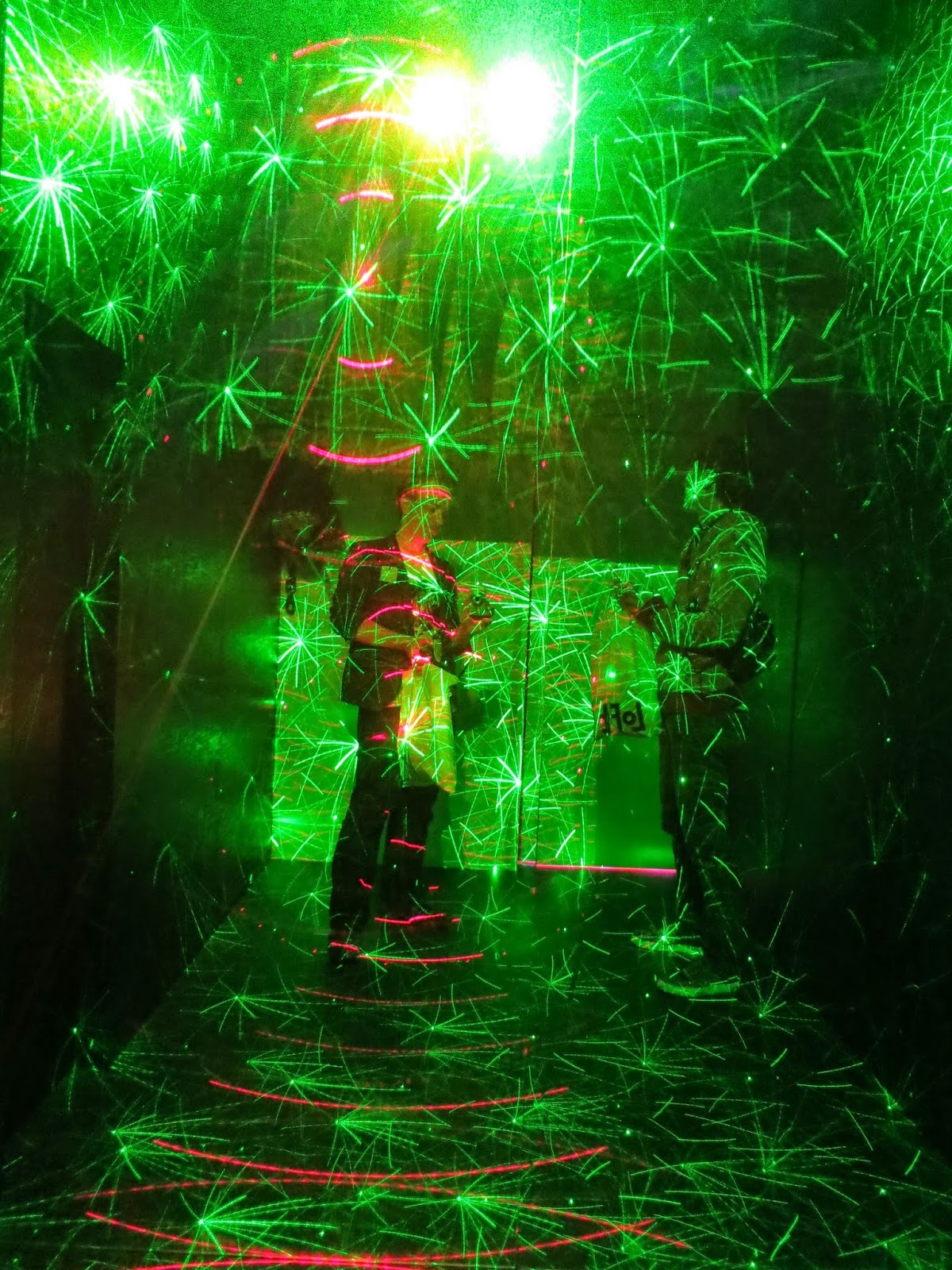 When we entered, a girl in a very short miniskirt version of a police uniform came up to us and asked who was the bad person. I pointed at my friend and he pointed at me. In the end, they decided that it was probably me, so she asked me what crimes I had committed today. I said I overslept and showed up later to work than planned, and she said that that was indeed a serious offence. She handcuffed me to her belt. 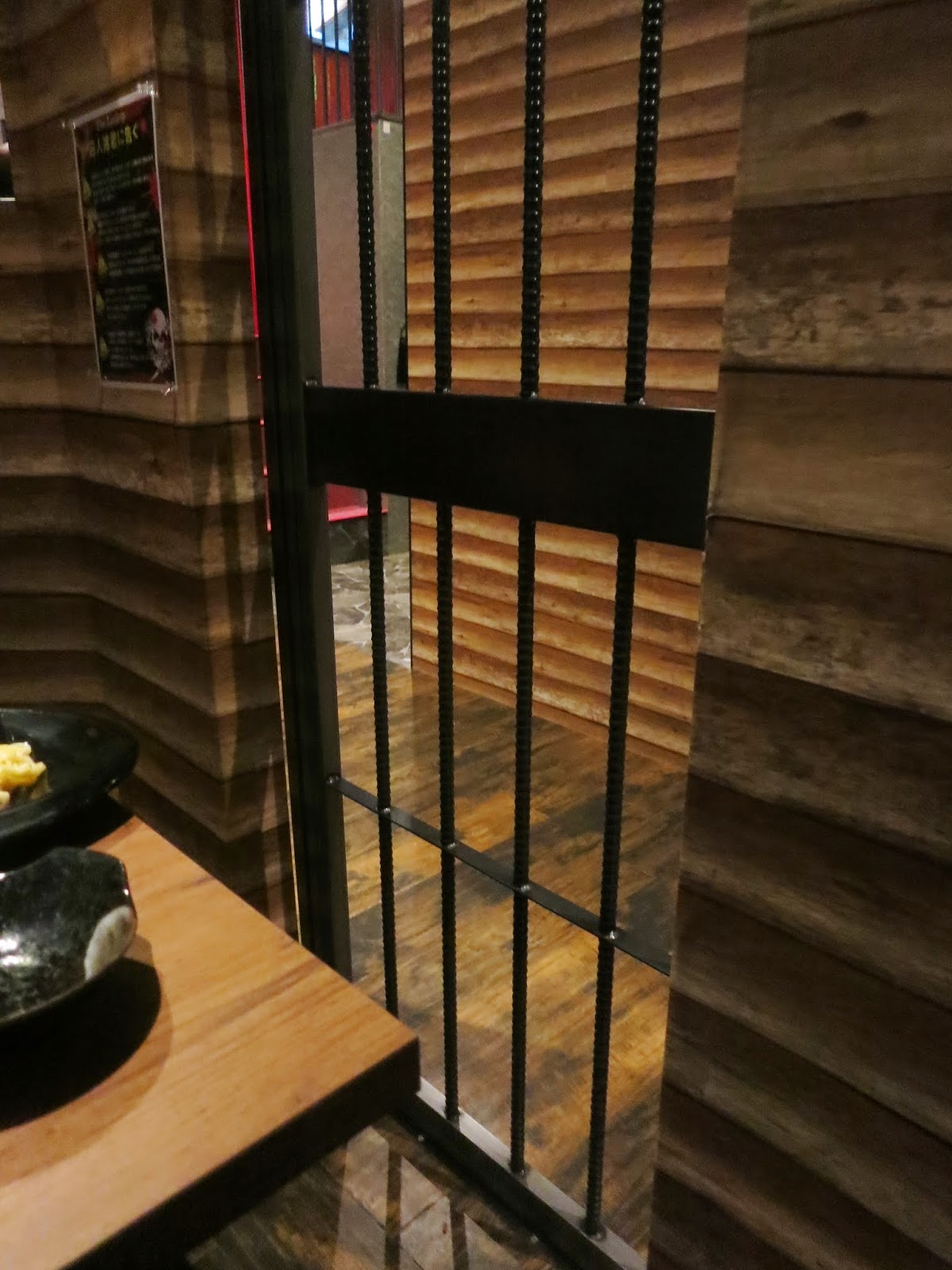 We were led to a small dark cell with a very heavy iron door that they slammed behind us. There were women in various versions of police uniforms carrying food around, and men wearing prison overalls also working as waiters.


The menu was full of food and drinks that looked strange. We drank out of chemistry beakers and my friend got his drinks in syringes. There was an (edible) eyeball floating around in my drink. The funniest food was the fried chicken, which was completely black. There were also lots of dishes that were shaped to look like eyes or tongues. I also liked the "mummified fish", small fish wrapped in something that was supposed to look like mummification bandages. 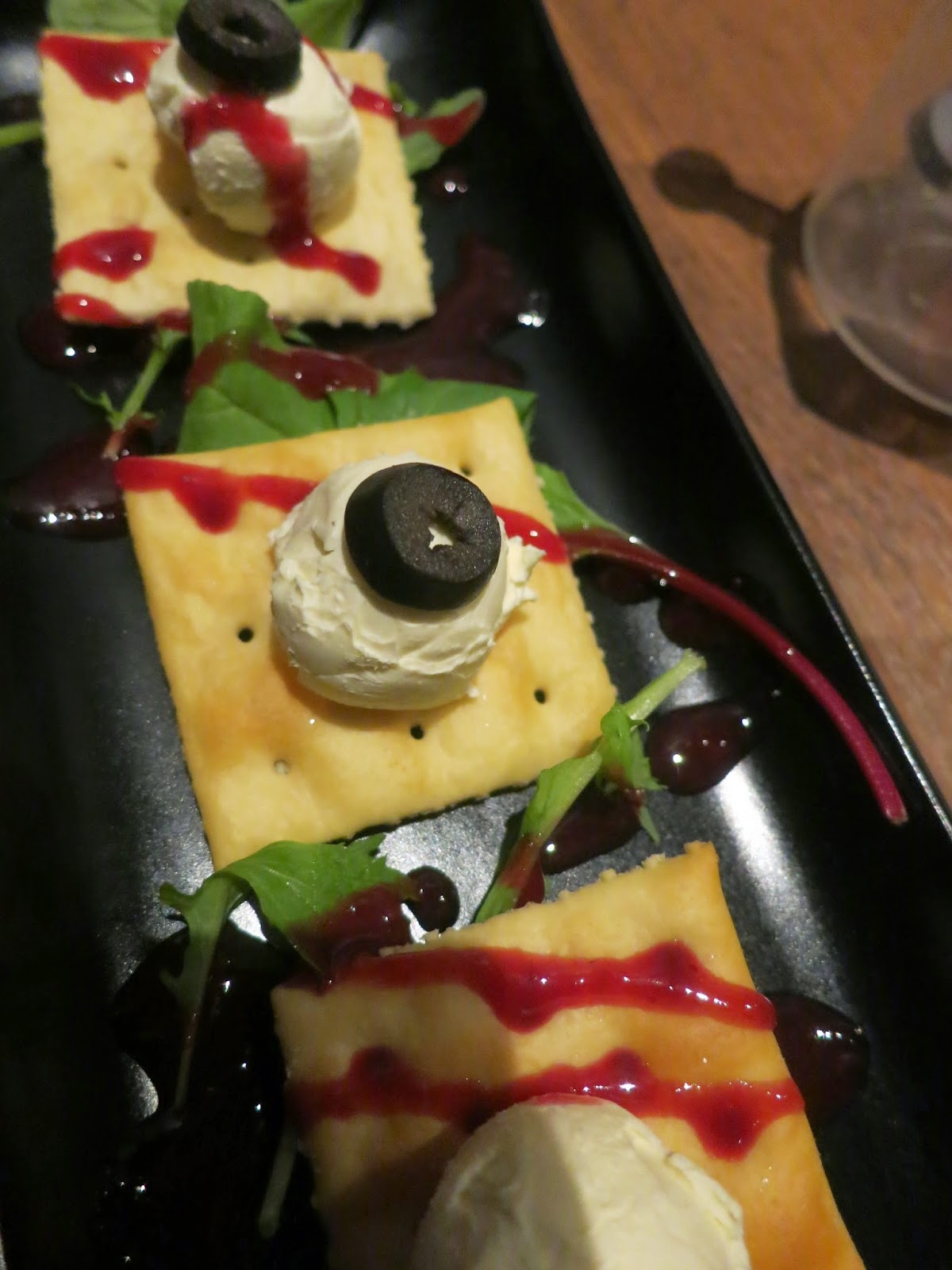 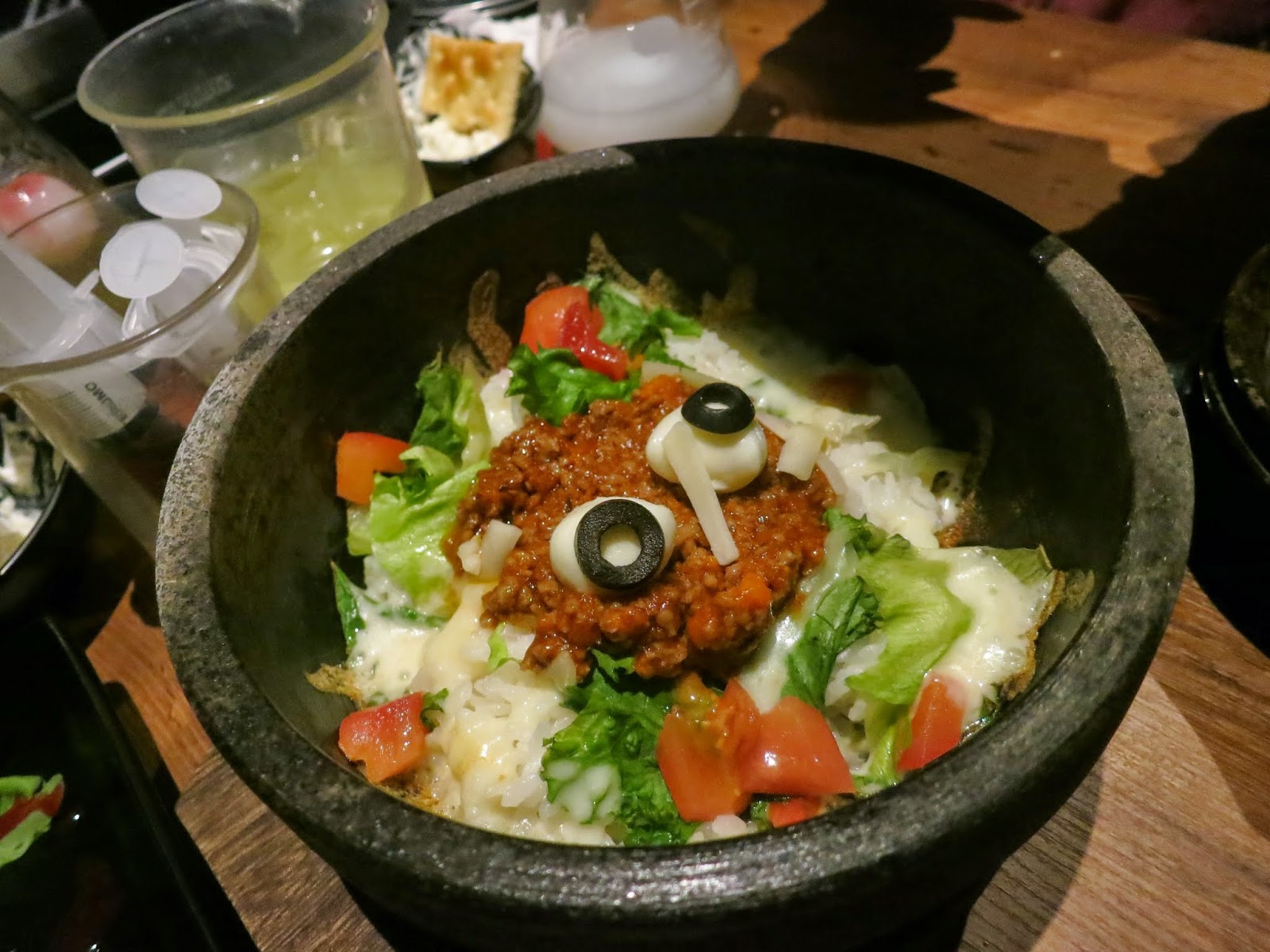 When we were eating, suddenly the whole place went completely dark. There were loud warning sirens, and announcements in the speakers that "the monsters have escaped from their cells". Some lights came on (stroboscopes) and monsters could be seen walking around in the corridors outside our cell. There were zombies, witches, tengu, Friday the 13th style killers, and many more monsters. They slammed your cell door, they grabbed at you trough windows, doors, or over the walls (the climbed over the walls to surprise you from behind), and they had pressurized air to surprise you with as well. 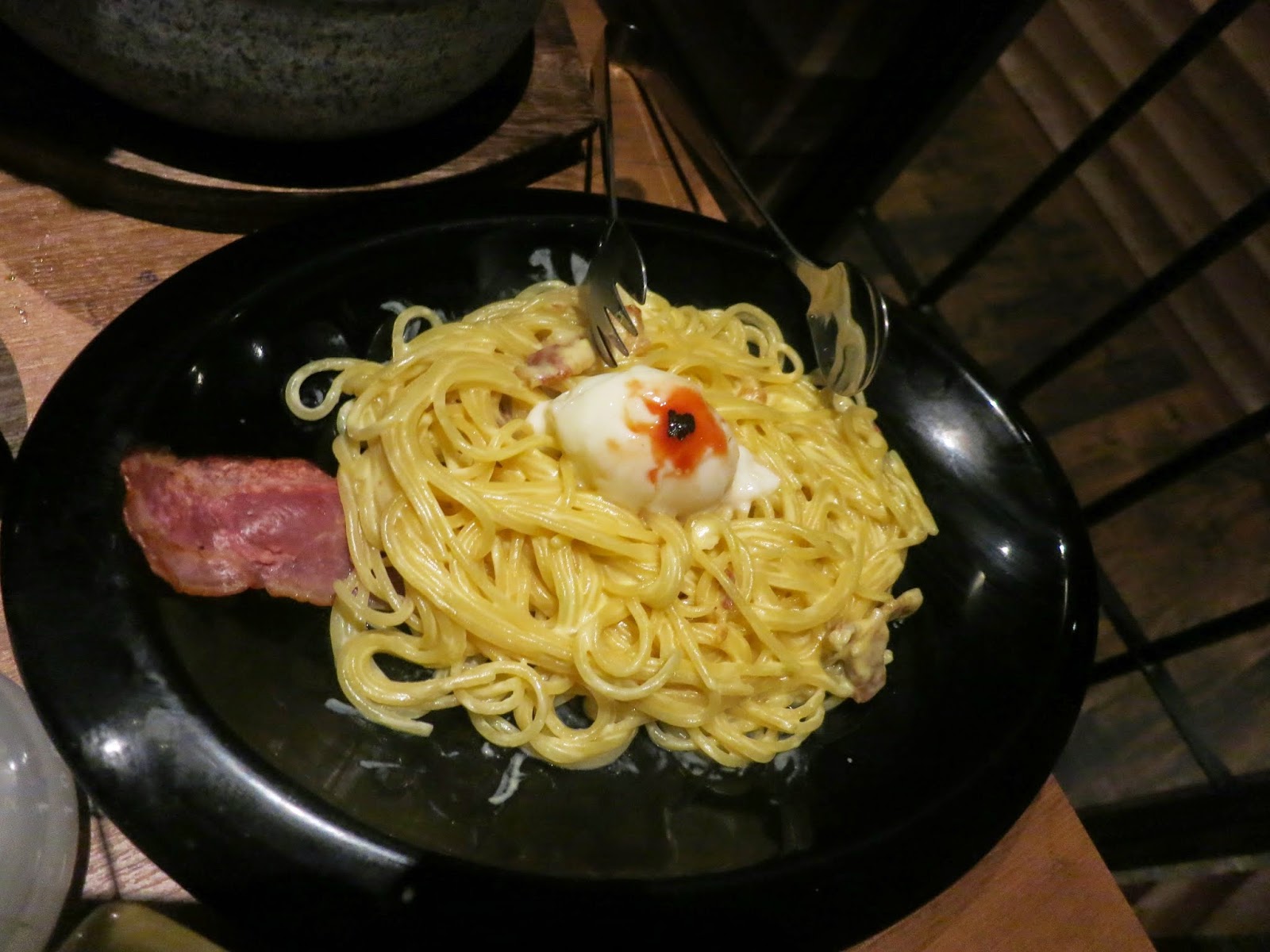 After a while, a lot of miniskirt police officers started shooting with toy guns at the monsters, and there was a heavy gunpowder smell in the air after a few minutes of this. The battle raged on for a while, and finally the police won and the monsters were vanquished and shoved back in their cells. It was quite entertaining, but very loud. When we left the restaurant, the staff did not shout "Thank you! See you again!" like they do at most restaurants, the shouted "Congratulations on your release!" 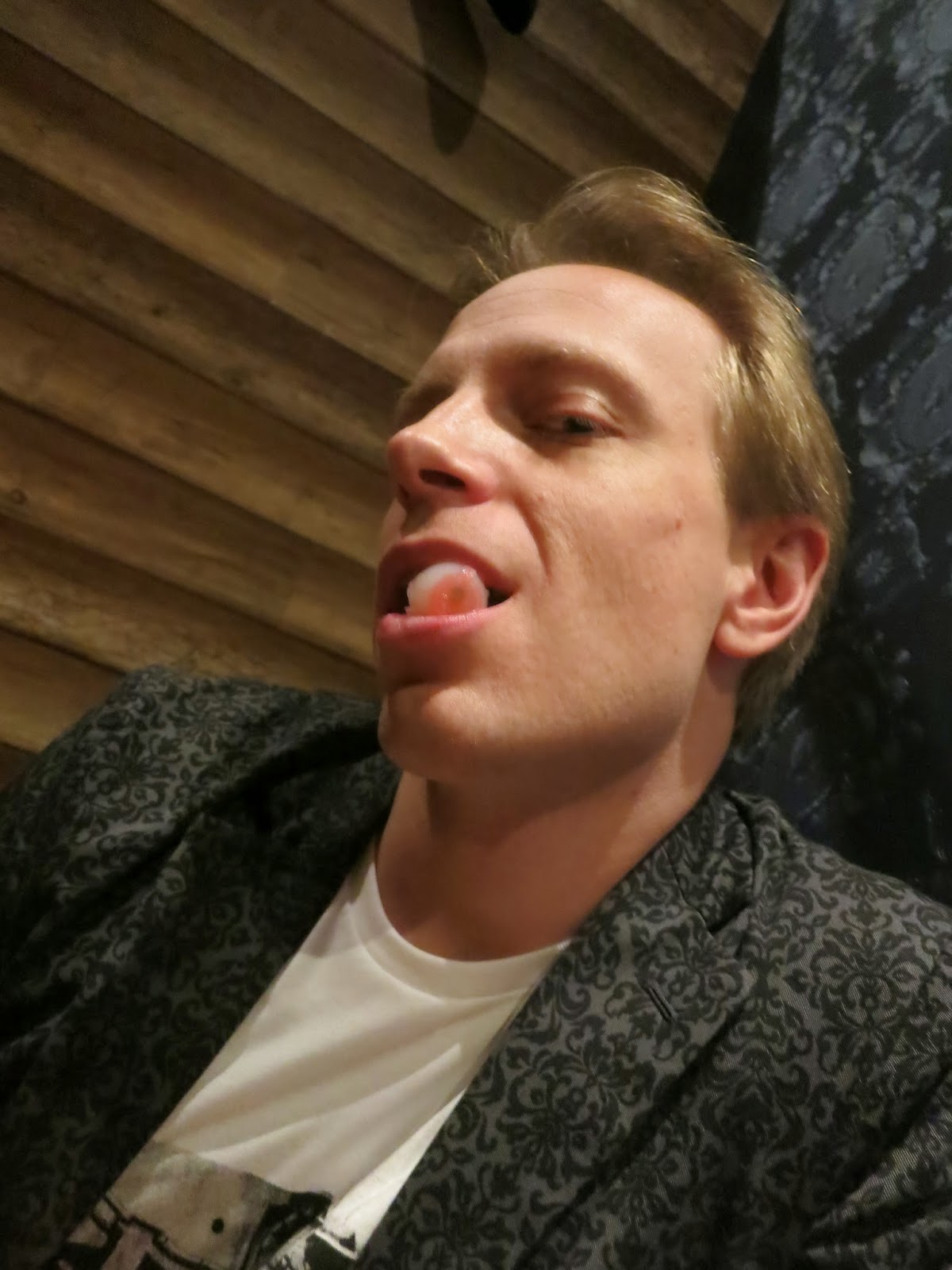