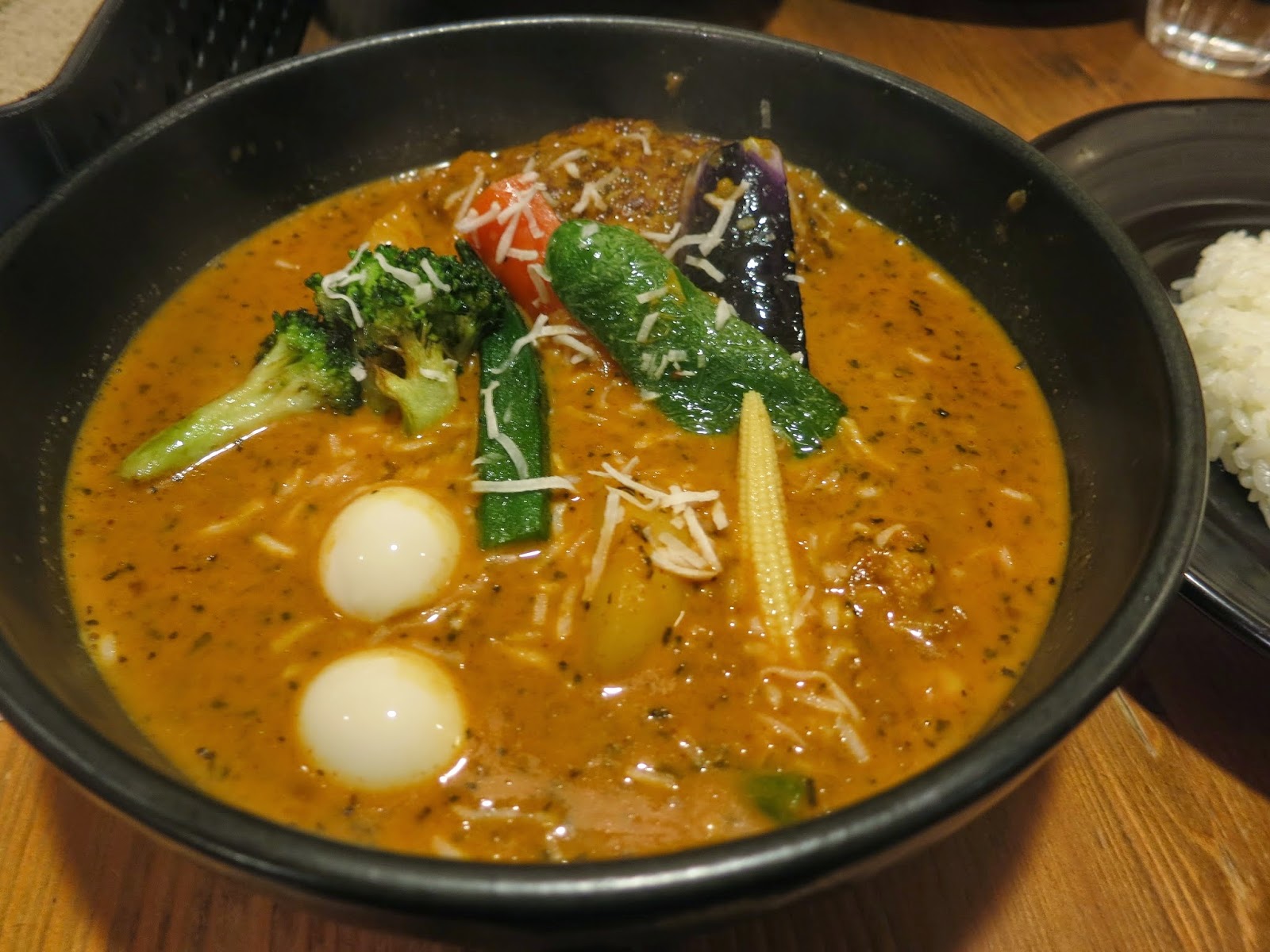 I told her about me and my colleague going on a soup curry tour, visiting almost all the soup curry places around our university (there are very many around here) during the summer. She told me that she likes going to different soup curry places and then trying to recreate the same flavor at home.

About a week after the speed dating, we met up and had soup curry at a place she recommended (that I had also visited, and liked, during our soup curry tour). I had the soup she recommended, and it was good of course.

She was fun to talk to for longer than three minutes too, and we also talked about things unrelated to soup curry. Apparently she can play any song on the piano after hearing it once, which to me who is not very musically talented at all is very impressive.

It would have been nice to talk more, but my boss had caught up to me when I was trying to leave the office and told me that I had to be in the lab ridiculously early the next morning. We were having guests from Toyota that needed to see our systems (and we tend to show mostly my systems at these occasions; possibly because no one else who is still here has built a system that actually runs and looks interesting on screen). So  I had to get home fairly early and prepare some work stuff and try to get some sleep. When I showed up for work ridiculously early the next day, only our secretary was there. She asked me in a slightly worried tone: "Aren't the people from Toyota coming soon?" so I said that I thought so too, and we were a bit worried that the boss was not here yet. He showed up two or three minutes before the guests, though, so no problem. I had some time to get our demo equipment started too.
Posted by Jonas at 4:28 PM