Before going to sleep I also visited the magic bar Red Carpet. Magician U in Fushigiya had called magician Hiro in Red Carpet to talk about me. When I said I was from Sapporo he thought that maybe I knew Hiro, since he visited Sapporo (and we met at that time). I have met Hiro several times, and he is good friends with the owner of our magic bar in Sapporo. I visited Red Carpet last time I was in Fukuoka too.

When I got there, the magician Shinpei Ogawa was sitting at the counter. He is very famous in Japan. I do not know why he was visiting Fukuoka (he lives in Nagasaki, I think), but he and Hiro are friends. We talked for a while, but he was about to leave when I got there, so we did not have that much time. He showed me a card trick, and I tried to do my usual thing with the broken iPhone plunger. I asked if it would be OK to take a photo together, so we did that. 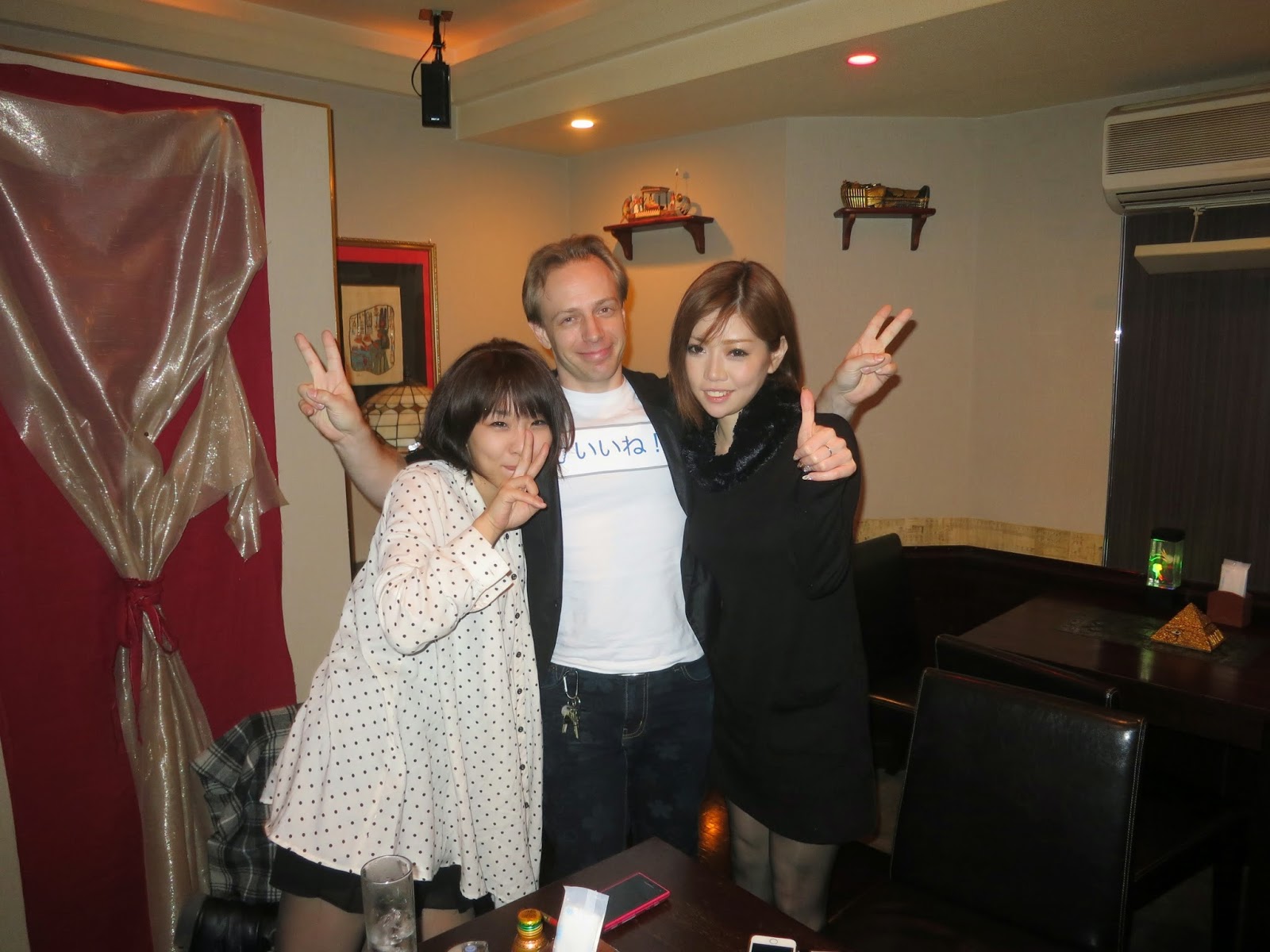 Later, Hiro showed me some tips about doing the plunger trick in a different way. Some of it was very clever, some of it was very funny. Suddenly a lot of very drunk people came in and wanted to see magic, so I moved to a table and they got to occupy the whole counter. Hiro did magic for them, and I ended up talking to two girls that said they come to Red Carpet very often. They were very funny.

They really like magic. By chance, someone had taken them to Red Carpet and then they had just been blown away and started coming there all the time. They watched the magic Hiro did at the counter, and I saw most of it too. Cards, cigarettes, eggs, drawing duplications, all kinds of fun magic was performed, often to music.

Hiro suggested that the next day we could go and visit the place where these girls work, but one of them said she was not working the next day. I said I had no idea if I would have time (sometimes our meetings seem endless, and my flight the morning after that was really early). I left and said I would at least stop by in Red Carpet and say hello the next day too.
Posted by Jonas at 9:02 PM