In Magic bar Nishioka with another magician 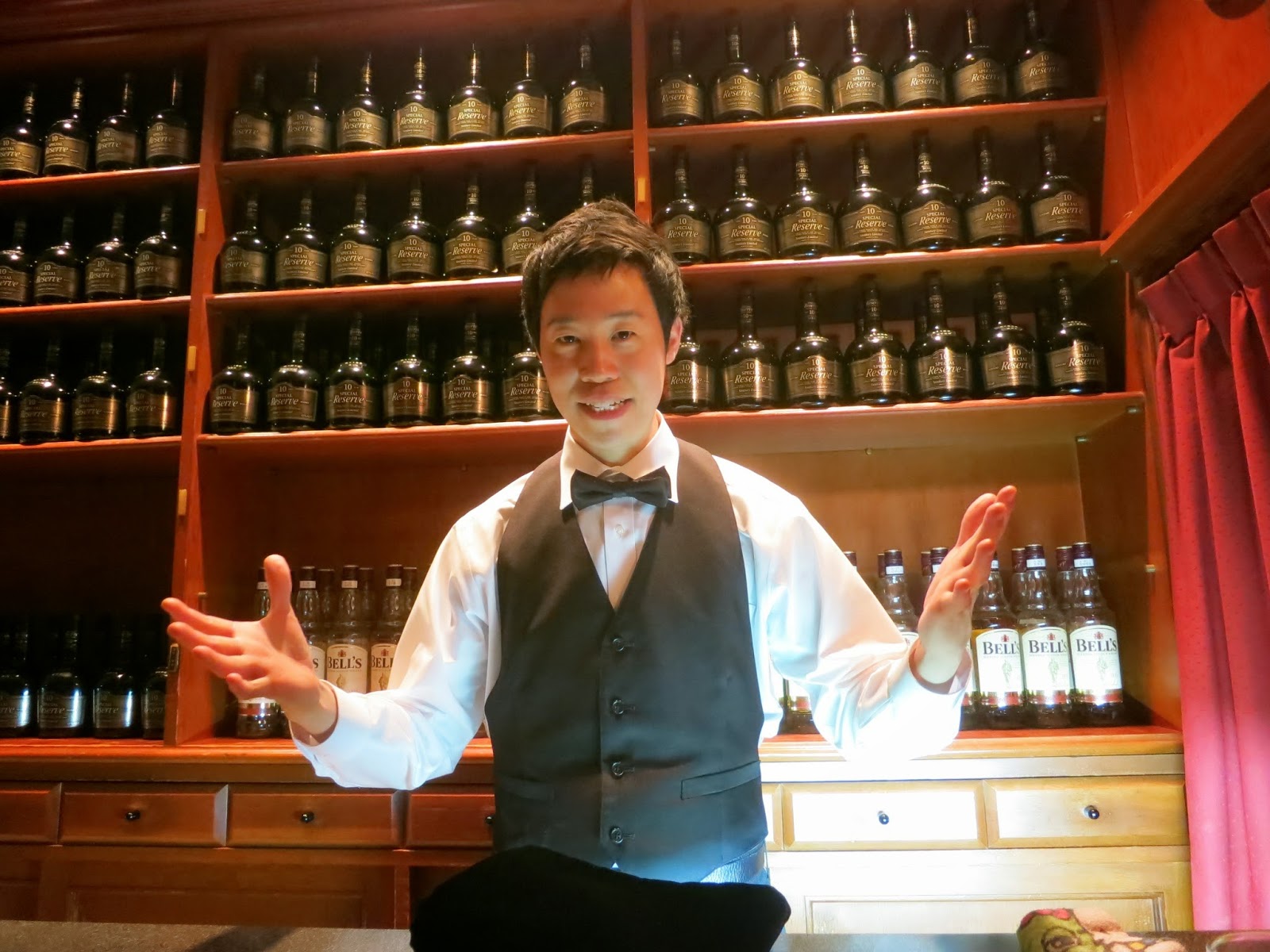 After the dinner, work was finished, and I got back to my hotel at around ten in the evening. This was earlier than I had expected, but later than I had hoped. I went to say hello to magician Hiro in his magic bar Red Carpet. He suggested we should do something somewhere else first, and then come back to his place (which was still pretty empty).

We first went to a hostess club where one of the girls I had met the night before was working. She was there and was happy to see us. We got to talk to lots of hostesses, who sit next to you and drink with you and laugh at your jokes if you try to be funny. Hiro did some magic for some of them and asked me to show some of them some magic too.


After that, I said I was thinking of visiting another magic bar to see other magicians do magic too. I said I would go to Red Carpet and meet him there again later, but he said we could go together. So we went to the magic bar Nishioka together. All the magicians there know him, of course. I have been there once before, one and half year ago, but they still remembered me. There was a new young (well, 32 years old) magician there that neither Hiro nor me had seen before. He was very nice, and he did some fun magic. We also got to see some classics of magic done by a magician who said he is 70 years old, and some magic that is just incredibly difficult to not be fooled by even if you are a magician done by a magician who taught Hiro magic when he was starting to learn magic. Very impressive.