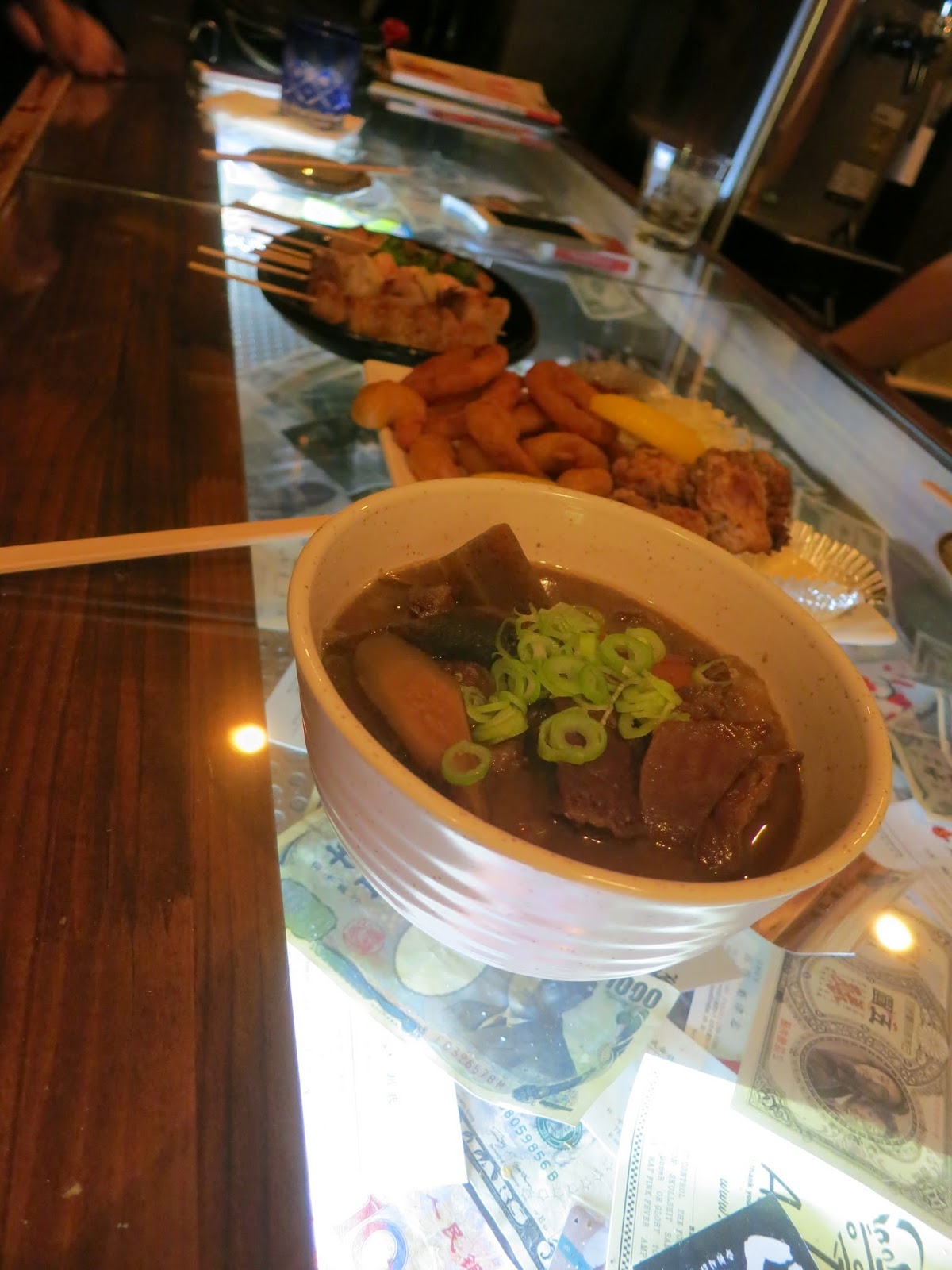 I spent last Sunday in our magic bar since a professor at my university who does magic as a hobby said that he wanted to come to our magic bar with a lot of friends and that the only day that fit was Sunday. It turned out to be two groups, some friends of the professor that included a professor that was in my previous lab when I was still there and when he was still not a professor, so we know each other quite well since way back. There was also a girl in this group that I am friends with on Facebook since she came to our other magic bar once before (with the professor that does magic). Another girl in this group asked me, in front of the elevator when she was leaving, how long I had been here, because she remembered meeting someone that looked like me 8 years ago at some international exchange party. And that was probably me. Good memory...

The other group was the magician Harada from Cocktail Bar Harada and 10 people that learn magic in his magic class. This is also were the professor at my university learns magic. I have been to Cocktail Bar Harada several times, and he has shown me magic many times. He also speaks English very well, so I have been there with an American magician and with my Greek colleague, so we can all talk without me having to translate all the time. It is always a bit different to do magic for people who know magic, but they all seemed to enjoy it.

After they left, the place became more or less empty since they had taken all seats but one in the whole bar. My boss was tired after having a full house, and he got hungry. He ordered food from a very nice restaurant in the building next to the one we are in, and said: "Anything you think would be good, for around 3000 yen". They showed up with a lot of really great food a while later, and we all got to share it. Very nice.

I had to get up early to fly to Fukuoka the next day, so I had planned to leave early. I met the guy who also dressed up as a zombie after having asked me about how I do it. He was also planning to leave early, since he has to take the subway home and it closes at midnight. We had fun with him and he had so much fun that he stayed until after midnight and would have to take a cab home. So when I said, "Right, so I will be leaving now then" right as the subway closed, he punched me on the arm and called me a traitor, since I had convinced him to stay. Leaving early myself was not OK, he said, haha. So I stayed a few hours more, and it was a lot of fun.
Posted by Jonas at 7:39 PM